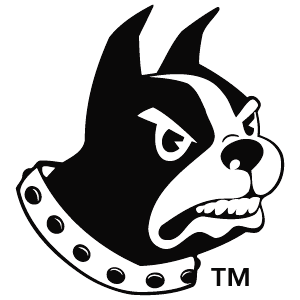 For the eighth game of the season, the Cats travel to Spartanburg, SC to face the Wofford Terriers. This will be the second straight time facing the Terriers in Sparkle City, as Wofford, like Chattanooga, opted out of their final games in the Spring. The ankle bitters opted of their remaining games the week they were scheduled to travel to Cullowhee, thus earning them the moniker, Woffraud.  The Cats missed two scheduled home games due to conference schools opting out just prior to their scheduled WCU game.

Western faces the Terriers for the forty-third time since 1952. When: Saturday, October 30, 2021
Time:  1:30 pm
Where:  Woffraud's Gibbs Stadium, Spartanburg, SC
Radio: Catamount Sports Network
TV/video:  ESPN+
Mascot:  Terrier
Colors: Old Gold & Black
Message Board:  Wofford Fans
The Series: The Cats are 15-27 overall against the Terriers in a series that started in 1952, The Cats & Terriers have played a total of 42 times, and Western has lost three in a row to the Terriers.

Games that will be played by the Bulldogs this season prior to the WCU contest:  (7 games)  The Terriers open the season at Elon, followed by a home game versus Kennesaw State, then visits VMI and ETSU before returning home to face Furman and Samford.  The Terriers then travel to Macon to face the Bears before meeting the Catamounts in Gibbs Stadium.

The last game played vs. Wofford:  October 19, 2019 - WCU Unable to Capitalize on Quick Strike in Loss at Wofford - Spartanburg, S.C. – Quarterback Tyrie Adams threw a career-long 69-yard touchdown pass on a toss-back reverse flea-flicker on the game's first play Saturday afternoon, connecting with freshman WR Jaylin Young for the early 7-0 lead for Western Carolina. However, Adams was lost to a game-ending foot injury on the second offensive series and Wofford took advantage, stymieing the Catamounts on offense in limiting WCU to just 172 total yards of offense and four first downs – only one of which came after halftime – in handing the Catamounts a 59-7 setback in Southern Conference action from Gibbs Stadium.

Head Coach:  Josh Conklin - Josh Conklin is entering his third season as head coach of the Wofford College football team. In his first season at the helm, the Terriers won the Southern Conference Championship and reached the second round of the NCAA FCS Playoffs. Wofford announced on Tuesday, January 2, 2018, the hiring of Josh Conklin as the head football coach. Conklin, who spent the previous three seasons as the defensive coordinator at the University of Pittsburgh, was an assistant coach at Wofford from 2007-09 working with the secondary. Conklin has additional experience at Florida International, Tennessee, The Citadel and South Dakota State University, serving as the defensive coordinator at Pitt, Florida International, and The Citadel.

Wofford returns 3 players receiving post-season awards from the spring. Wofford players honored include defensive lineman Micheal Mason (first-team coaches and media), defensive back Tahir Annoor (second-team coaches), and running back Irvin Mulligan (All-Freshman team). Mulligan, a second-year freshman, led the Terriers with 342 rushing yards on 51 carries. He had a pair of touchdowns and also had two receptions for 23 yards. Wofford fullback Nathan Walker was named a Stats Perform FCS Second Team All-American. All return for the fall season.
During the offseason (between spring & fall), the Terriers added six additional student-athlete transfers – Okachi Emmanwori, Anthony Garcia, Romello Gray, Anthonie Lattany, Devin Mathews, Jason Swann – who join the Terriers as transfers for the fall of 2021. Wofford added nearly 20 walk-ons to the roster.
Also in the offseason, Wofford football offensive coordinator Wade Lang has announced his retirement effective last June 30, 2021. A 1983 graduate of Wofford, he has spent 33 seasons as an assistant coach, including the last 31 as offensive coordinator at his alma mater.  Head coach Josh Conklin hired former WCU assistant (who was relieved of duties) Tyler Carlton as the quarterback coach and co-offensive coordinator. He will share offensive coordinator duties with running backs coach Dane Romero.
The 1-4 Wofford team was picked to finish eighth in the coach's fall preseason poll and seventh by the media. Leading the Terriers on the first team was defensive lineman Micheal Mason. He was named first-team All-Southern Conference by the coaches and media. Three players were named on offense. Senior offensive lineman Zak Kurz earned first-team honors. Second team honors went to offensive lineman Al Hogan and running back Nathan Walker.

at 7:21 PM
Email ThisBlogThis!Share to TwitterShare to FacebookShare to Pinterest