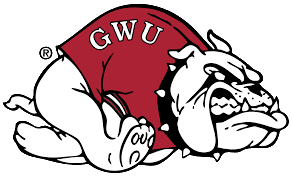 Throughout this preseason, Purple & Gold will preview all of Western Carolina's 2021 fall football opponents.

In the Catamounts' fourth game of the 2021 season, the Cats go out of conference again and return to Boiling Springs to face Gardner-Webb for the 11th time overall on the gridiron.
The two teams were scheduled to meet in Cullowhee for the 2020 season but did not play due to the Covid19 cancellations. The Series: In the 11th meeting between the two teams, the Cats own a 6-4 record overall against the dogs and enter the contest on a 1 game losing streak vs. Gardner-Webb. The 2019 season's loss broke a four-game win streak over the Runnin' Bulldogs.

Last Game vs. Gardner-Webb (Oct. 5, 2019) - Late Field Goal Lifts Gardner-Webb over Western Carolina, 24-21 -   Cullowhee, N.C. – Gardner-Webb placekicker Kurt Everett nailed a 33-yard field goal as time expired to cap a 16-play, game-winning drive as the Runnin' Bulldogs downed Western Carolina, 24-21, in nonconference action in front of a Family Weekend crowd of 11,865 Saturday afternoon at E.J. Whitmire Stadium / Bob Waters Field. GWU tailback Jayln Cagle patiently rushed for a game-high 138 yards including a crucial 14-yard gain on the game's penultimate play to transform a third-and-13 into a first down while also managing to get out of bounds to preserve five seconds of game clock to set-up Everett's game-winning boot. Despite a pair of timeouts taken by WCU to try and ice the kicker, the redshirt sophomore split the uprights to halt WCU's four-game series winning streak.

Games that will be played by the Bulldogs this season before the WCU contest: 3 games - this is the Runnin' Bulldog's fourth game of the season after facing two FBS opponents (Georgia Souther & Charlotte) and Lincoln (CIAA).

Head Coach: Tre Lamb is in his second season as head coach at Gardner-Webb University. He was named to the position on December 14, 2019. “We are thrilled to have Tre Lamb agree to lead our football program at Gardner-Webb University,” said GWU President Dr. William Downs. “He quickly rose to the top of a large and distinguished list of interested coaches with his bold vision, his unmatched energy and his confident commitment to winning championships at GWU.

The Runnin' Bulldogs added Joe Scelfo (run game coordinator and offensive line coach) to the coaching staff, as well as elevated current assistant coach Taylor Lamb to the offensive coordinator position, he will continue to coach the team's quarterbacks. Scelfo spent two seasons coaching the guards and centers at Southeast Louisiana.
Coach Lamb signed a freshman class with 15 members earning All-State honors following their respective senior seasons – the most ever for Gardner-Webb in one incoming class. The Runnin' Bulldogs signed four All-State choices each from North Carolina, Florida, and Georgia, two from South Carolina, and one from Tennessee.
Highlighting the group was running back Donovan Jones (5-9, 180), who was named Florida Class 2A Offensive State Player of the Year after leading Champagnat Catholic to another state title with his second 1,000-yard rushing season in three years. Jones (pictured) ran for 1,172 yards on 120 carries in 2020, averaging 9.8 yards per carry and scoring 13 touchdowns on the ground. He was also named first-team All-Dade County by the Miami Herald following his senior season.
2021 (spring) Runnin' Bulldogs Statistics (4 games):
Rushing Offense: 607 yards
Yards per game: 151.8
Yards per rush: 4.1 yards
Rushing 1st downs: 32
TDs rushing: 7
Passing Offense: 714 yards or 179.5 yards per game
Avg. per pass: 5.3 yards
Passing 1st downs: 35
Passing Comp-Att-Int: 80-135-8
TDs Passing: 3
Total Offense: 1321 yards or 330,2 yards per game
Fumbles-Lost:  9-4
3d Down Conversions: 21 of 57 or 37%
4th Down Conversions: 3 of 14 or 21%
Field goal attempts: 3 of 6
On-side kicks: 0-0
Red Zone Scores: 9 of 14 (64%)
Red Zone Touchdowns: 6 of 14 (43%)
PAT:  12 of 13 (92%)

at 11:36 AM
Email ThisBlogThis!Share to TwitterShare to FacebookShare to Pinterest