Picked fourth out of four teams in the CAA's North Division, the Tigers posted a 7-8 record in 2020 before the season was canceled last March, with victories over High Point and Lafayette. Towson won five of their final six games before the stoppage including three-straight wins.

Javon Fields was selected as 2021 Preseason Honorable Mention All-CAA in the preseason coaches poll. Fields was previously 2020 Preseason All-CAA and 2019 CAA All-Rookie Team.
Fields has started nearly every game in his Towson career as the team's centerfielder, hitting .277 in his career with 11 doubles, 30 RBI and 22 steals.

Towson has a combined five graduate students and seniors with eight juniors, while the bulk of their preseason roster consists of 14 true and redshirt freshmen. Towson returns 12 pitchers who accounted for 127.2 of the 128 innings thrown during the 2020 season. They combined for a 4.29 team ERA under pitching coach Miles Miller, 1.3 points better than in 2019. Two Tigers, Austin Weber and Nick Ramanjulu, ranked top-10 in the CAA in ERA at 2.94 and 3.22 respectively. 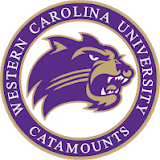