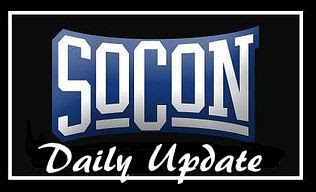 There was five games on Wednesday night, and the SoCon was 2-3 on the night, but the two wins were against non-DI teams.

ETSU at Tennessee Tech
Ryan Martin scored 18 points to lead the Golden Eagles to a 63-61 win over East Tennessee State on Wednesday night. The score was tied at 61 with 2:27 left, and neither scored another field goal. ETSU missed its last four shots -- and three free-throw attempts -- while Martin made 1 of 2 from the line to break the tie and Torrance Rowe made 1 of 2 with 22 seconds left.


Hiwassee College at Mercer
Mercer's Jestin Lewis scored 17 points to lead Mercer to a 82-47 win over NCCAA Hiwassee College on Wednesday night. The Bears held Hiwassee to just 32.8% shooting from the field and 4 of 21 from the 3-point line.


Central Penn College at VMI
VMI's Tim Marshall scored 21 points to lead the Keydets to a 107-72 win over Central Penn College on Wednesday night. The Keydets shot 53% from the field, hitting fourteen 3-pointers, while sinking 23 of 24 at the free-throw line. Julian Eleby added 20 points, seven boards, and six assists for VMI and. QJ Peterson finished with 18 points for the Keydets.


UNCG at NC A&T
The Bulldogs' Bruce Beckford scored 21 points, to lead NC A&T over UNCG, 77-68 on Wednesday. Beckford hit 7 of 11 from the floor with two 3-pointers, was 5 of 6 from the free throw line. Sam Hunt was 4 of 8 beyond the arc and perfect on six free throw attempts. Freshman Francis Alonso led UNCG with 25 points, going 7 of 13 from beyond the arc. RJ White added 15 points on 7-of-8 shooting.


The Citadel at Air Force
Trevor Lyons scored 22 points to led Air Force past The Citadel, 97-93 Wednesday night. The Bulldogs had a 6-point lead at the break, 41-35, but the Falcons pulled away in the second half. Junior Warren Sledge scored a career-high 18 points on 5-of-11 shooting from the field to lead The Citadel.