Thursday's schedule: No Southern Conference games are scheduled for Thursday.

Wednesday's recap of the games:  It was a good Wednesday for the SoCon, having won all four games on the schedule, beating two Big South teams, one OVC team, and one SWAC team.  The SoCon remains the only DI conference with all teams having a winning record at the point of the season.

-Chattanooga 78 - UNC Asheville 73
The Chattanooga Mocs men's basketball team, who once led by as many as 15 in the second half, survived a furious comeback effort to come away with its 11th-straight non-conference road win behind a 78-73 decision over UNC Asheville inside Kimmel Arena in Asheville, North Carolina on Wednesday night. Chattanooga (8-1) now moves to 10-0 all-time against UNC Asheville and completes the home-and-home series sweep. The victory also makes UTC one of only two NCAA Division I teams this season with five true road wins (Monmouth). The Bulldogs (5-4) saw its three-game winning streak come to an end.

-Samford 74 - Alabama State 64
Samford's Wesley Cardet scored a career-high 27 points and grabbed 10 rebounds while Jaden Campbell and Jermaine Marshall also added a pair of double-doubles to power the Samford University men's basketball team to a 74-64 victory over Alabama State on Wednesday, Dec. 8 at the Dunn-Oliver Acadome. The Bulldogs improved to 7-2 on the year while the Hornets slipped to 1-8. Kenny Strawbridge led ASU with 14.

-Tennessee Tech 69 - Western Carolina 74
The Catamount's Nicholas Robinson and Vonterius Woolbright both recorded double-doubles as Western Carolina earned a 74-69 overtime victory over Tennessee Tech on Ingles Court at the Ramsey Center on Wednesday night. WCU improves to 6-4 on the season while Tennessee Tech drops to 2-7. Wednesday's game is the second straight matchup between the teams to head to overtime in as many years as WCU emerged with a 76-75 victory in Cullowhee last year. It is also the second overtime win of the season for the Catamounts, who won the season-opener 79-71 over Bowling Green on Nov. 9.

-Wofford 78 Gardner-Webb 70
Wofford's \jJunior forward B.J. Mack dominated in recording his second double-double of the season with career-highs of 28 points and 13 rebounds to lead the Terriers in a 78-70 win over Gardner-Webb (4-5) at Paul Porter Arena on Wednesday night. Sophomore Max Klesmit and senior Ryan Larson also finished in double figures, as the win moves Wofford to 7-3 overall. 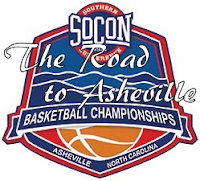