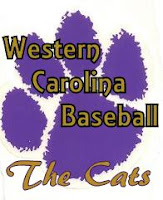 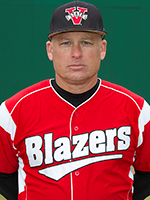 Guilliams put together one of the most prolific offenses in Valdosta State history in 2009 as the squad led the nation and set a Valdosta State record with 113 home runs. The 113 roundtrippers proved to be the fourth-most in NCAA Division II history while the squad finished eighth nationally on the season with 578 runs scored and 11th in slugging percentage at .561. As a squad, Guilliams guided the Valdosta State batters to a .332 batting average, the highest mark by the Blazers since hitting .337 in 1986. However, Guilliams approach of plate discipline was also manifested as VSU drew 276 walks on the year, the ninth-best total in the nation on the year. Overall, the 2009 Valdosta State squad ranked in the top 50, out of 228 schools, in 14 of the 15 offensive categories tracked by the NCAA.

Guilliams began his coaching career as a graduate assistant at Eastern Kentucky University in 1988 and 1989. He also spent three seasons as an assistant coach with the Staunton Braves between 1990 and 1992 while also serving as a volunteer assistant with EKU in 1990.  He captained the EKU baseball team as a senior in 1988 while earning Dean’s List honors with a 4.00 grade point average during his final semester. Guilliams is married to the former Julie Dudgeon. The couple has three children - Casey (19), Grace (16) and Wyatt (11).

Nate Cocolin - Nate come to Western from Gannon University. Cocolin was Gannon’s head baseball for the last seven seasons. Cocolin led the Gannon program to the postseason the last five years. The Golden Knights finished the 2013 season 24-19 overall, concluding one of the best seasons in school history that included the program's first-ever divisional crown. The program has reached double digits in league victories the last three seasons and recorded at least 24 overall wins twice during the last three seasons, qualifying for the Pennsylvania State Athletic Conference (PSAC) Tournament both years.

Cocolin turned the Gannon baseball program completely around from a 5-43 record the year before he arrived into the 2013 PSAC Western Division regular-season champions. The Golden Knights increased their victory total during each of the first three seasons under Cocolin and during five of the last seven campaigns.

Cocolin was a team captain and a two-time All-American during his playing days at Embry-Riddle, helping the Eagles make back-to-back World Series appearances in 2002 and 2003. As a junior, he led the Florida Sun Conference in RBIs (62) and was among the league’s top 10 in home runs (7), total bases (110) and runs scored (56). One of his most memorable performances came against Eckerd (Feb. 10, 2002) when he hit for the cycle with a grand slam and seven RBI.

Brock Doud - Brock comes to Western from Kalamazoo Valley CC.  Prior to arriving at Kalamazoo Valley, Doud spent three seasons as a graduate assistant coach for Valdosta State University in Valdosta, GA where he earned a Masters Degree in Health and Physical Education. In his time at Valdosta State he helped lead the team to a 2010 Gulf South Conference Championship and NCAA South Regional birth. Doud worked with hitting and defensive development of all positions for the Blazers. Doud also spent a summer coaching the Lake Erie Monarchs of the Great Lakes Collegiate League in 2011.

Doud began his collegiate career at Lake Michigan College. He batted .370 while starting all 45 games in 2006 as he counted 11 doubles, two triples and four home runs among his 51 hits. He scored 33 runs and drove in 39 while successfully stealing eight bases on 10 attempts. Doud was named to the 2006 2nd team all MCCAA. At Portage Northern Doud was an Honorable Mention All State catcher, MHSBCA All-Star, SMAC player of the year, as well as 1st team All SMAC quarterback his senior year. Doud helped lead his teams to SMAC Conference Championships in both Baseball (2004) and Football (2003).

Doud started his coaching career in 2009, where he completed his Bachelor’s Degree in Education and completed his playing career as a Flying Dutchman of Hope College in Holland, MI. Doud was a catcher and batted .349 in 34 starts his senior year. In Doud’s junior year the Dutchmen won the 2007 MIAA Championship and went on to compete in the NCAA Regional tournament.