It's now 23 days until the kickoff of Catamount football on Saturday, September 3rd, 2022, against the Charleston Southern Buccaneers, on Buccaneer Field in Charleston, SC

It's now 23 days until the kickoff of Catamount football and #23 belongs to Jerry Gaines, his number and jersey has been retired.
Jerry was an Associated Press and American Football Coaches Association All-America selection in 1974 .  Also earned All-America honors in baseball and track & field while at Western ... Set WCU records with 3,449 career receiving yards, a 20.6-yard per reception average for his career, and recorded 15 games with over 100 yards receiving ... Only the second Western Carolina football player to have his jersey retired ... Inducted into Western Carolina Athletic Hall of Fame in 1990, WCU's first-ever induction class.
#23 Jerry Gaines

Jerry Gaines is the only three-sport All-American in WCU athletic history. He was an NCAA Division II All America Selection in 1974 and helped the Catamounts to a 9-1 record and the national playoffs. He is one of two football players to have his jersey and number - 23 - retired and established over 40 football records as he caught 187 passes for 3,449 yards in four season. A track and field All-American in the  long  jump and triple jump in 1971 and 1972. His records still stood after the 1990 season. He batted .404 in 1975 and was named NCAA Division II All America and North Carolina College Athlete of the Year. He signed with the Texas Rangers in 1975. 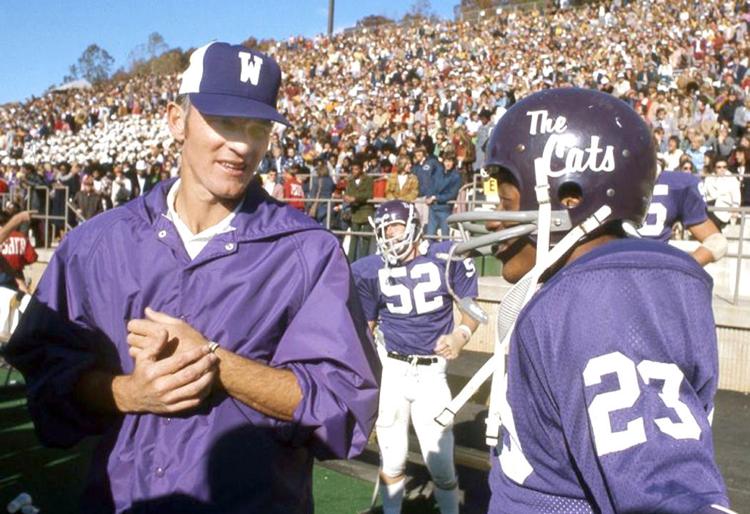