For the 2022 season's fourth game, the Catamounts open their conference season and return to the road to face the Samford Bulldogs in Birmingham, AL.

The Bulldogs finished the 2021 season in seventh place, and are picked sixth in the SoCon coaches poll for 2022.
Game #4 - Samford Bulldogs The Series: The Cats are 3-16 overall against the Bulldogs since winning the first outing back in 1969. Samford owned an eleven-game winning streak against Western until 2015 when the Cats broke that streak in Cullowhee with a 56-36 win over the Dogs. The Cats are 2-7 in games played in Cullowhee.
Last game played vs. Samford: Sep. 18, 2021 - Samford Escapes Cullowhee in SoCon-Opener at WCU, 42-37 - Trailing 21-3 early in the second quarter, Western Carolina stormed back with 28-straight points to seize a 10-point, 31-21, lead late in the third stanza in Saturday's Family Weekend matchup with Samford. However, the Bulldogs rallied with three-consecutive scores in building an 11-point edge and then held off a late Catamount comeback attempt to escape E.J. Whitmire Stadium / Bob Waters Field with a 42-37 win in the first Southern Conference game of the season.

Chris Hatcher's record vs. Western Carolina: 8-2
Kerwin Bell's record vs. Samford: 0-1
Head Coach: Chris Hatcher. Chris Hatcher was named Samford’s 36th head football coach on Dec. 11, 2014. Entering his eighth season at Samford in 2022, Hatcher boasts a career record of 161-93 in 22 years as a college head coach, having previously coached at Murray State, Georgia Southern and Valdosta State. In his time at Samford, his teams have consistently been among the Southern Conference and FCS leaders in several categories. 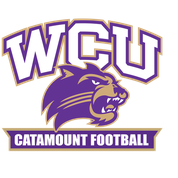 at 4:08 PM
Email ThisBlogThis!Share to TwitterShare to FacebookShare to Pinterest