The Catamounts travel to Birmingham, Alabama to face the Samford Bulldogs for the first time this season. The Cats are coming off a big sweep of Chattanooga, while the Bulldogs are in an eight-game slide. 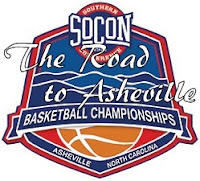 The Series: The Cats are 12-11 in the overall series with the Bulldogs, but only 2-9 on games played in Birmingham. The Cats and Dogs have split the last two seasons, with each team winning at home.

The Bulldogs are strong down low, ranking second in the SoCon in blocked shots (30 blocks), while Robert Allen (7.2) and Jalen Dupree (7.1) rank 5th and 6th in the league in rebounding through nine contests. Nationally, Samford has the 33rd most rebounds in the country (848) and ranks in the top 50 in free throws made (37th) and free throws attempted (45). Senior guard Josh Sharkey, meanwhile, ranks third in the country in steals (58), steals per game (2.90) and fourth in both assists (153) and assists per game (7.7).


Senior guard Brandon Austin is off to a hot start to his final season. For the season, he is averaging 14.1 points per game. He has scored in double figures in 15 games so far this season. Samford forward Jalen Dupree, who sat out last season as a transfer from Murray State, has had an immediate impact on this year’s team. So far, he is averaging 11.7 points and a team-high 7.0 rebounds per game. He has produced three double-doubles so far this season.

Individually, Samford players rank in the top five in the Southern Conference in several statistical categories. Josh Sharkey leads the league in scoring (18.9 ppg.), assists (7.7 apg.), steals (2.9 spg.) and minutes played (34.8 pg.), and he ranks fifth in assist-turnover ratio (1.3). Jalen Dupree ranks third in the league in offensive rebounds (2.7 pg.) and fifth in rebounds (7.0 pg.). Robert Allen ranks fifth in the league in blocked shots per game (1.1), while Brandon Austin ranks fourth in the SoCon in three-point field goal percentage (.426) and third in three-pointers made per game (2.6).

Samford is currently 5th in offensive scoring with 74.4 points per game (ppg), but comes in last in the conference in points given up per game at 80 ppg.