It's only 7 days until the Western Carolina Baseball team takes the field at Hennon Stadium for the first pitch against the Chicago State Cougars to open the 2020 baseball season. Let's take this time to meet this season's Cats with Bats.


2019 (Freshman): Made seven appearances including six out of the bullpen and one start … Tossed a combined five innings on the year with an ERA of 23.40 over a small sample size … Struck out five against 19 walks and two hit batters … Made his collegiate debut at the Keith LeClair Classic against Utah (March 2) … Earned his first career start against Gardner-Webb (March 20) … Tossed a career-long 2.0 innings against VMI (April 27), striking out a career-high four ... Named to the 2018-19 Southern Conference Academic Honor Roll.

Prior to Western Carolina: Played for former WCU assistant coach, Eric Filipek, at T.C. Roberson HS, where he was a part of the state 4-A championship, 31-3 team as a junior ... Two-time WMAC All-Conference selection as a junior and senior ... Tabbed second-team All-WNC by the Citizen-Times as a senior ... Selected to the Collegiate Baseball 2018 High School All-America second team ... Earned Mountain Athletic Conference Pitcher of the Year accolades as a junior featuring a perfect 11-0 record and a gleaming 0.76 ERA ... He struck out 61 batters in 55.1 innings of work ... Named to the NCBCA 4-A All-State team and to the Citizen-Times All-WNC team ... Played showcase baseball in the summer for the Southern Athletics. 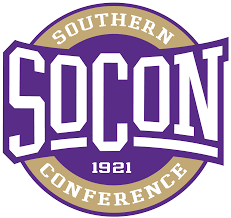 at 10:32 AM
Email ThisBlogThis!Share to TwitterShare to FacebookShare to Pinterest