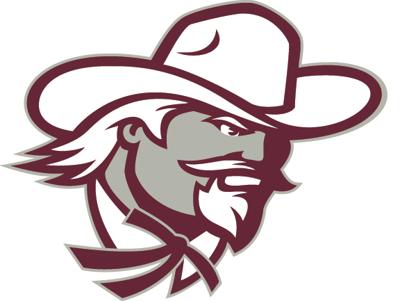 In the Catamounts' opening game of the 2021 season, the Colonels of Eastern Kentucky will travel to Cullowhee for the opening game for both teams. In Kerwin Bell's debut as the WCU head coach, it's "White Out Whitmire" in the stadium.
Western faces the Colonels for just the seventh time overall. The two teams last played in Richmond, KY in 2020, with the Cats coming home with a 17-49 loss at the hands of the Colonels.
Game #1 - Eastern Kentucky Colonels Last Game vs. EKU (November 21, 2020) - Catamounts Fall to EKU 49-17 in Opportunity Bowl - Richmond, Ky. – Western Carolina's defense forced four turnovers including a 54-yard scoop-and-score by Ricky Palao on a fumble recovery as the Catamounts rallied from an early deficit to lead 10-7 midway through the second quarter. However, Eastern Kentucky, which was playing its ninth game of the season, used big plays and a 28-point fourth quarter to pull away from WCU to win the inaugural Opportunity Bowl, 49-17.

Head Coach:  Walt Wells - 2d Season.  Wells was hired as the 15th head coach in program history on Dec. 9, 2019. Wells most recently served as a quality control assistant at the University of Kentucky during the 2018 and 2019 seasons. The 2018 Wildcat team beat Florida for the first time in 32 years, posted the program’s best Southeastern Conference (SEC) record in 41 years and beat No. 12-ranked Penn State in the VRBO Citrus Bowl. All totaled, the 10-3 record was Kentucky's best season in 41 years and only the third 10-win season in school history.
Wells record at EKU (Years) / Career :  3-6 (1 year)  /   same
Wells record vs. WCU:  1-0
Kerwin Bell's record vs. EKU: 0-0

at 6:56 PM
Email ThisBlogThis!Share to TwitterShare to FacebookShare to Pinterest