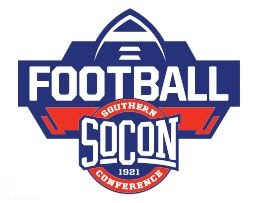 
Chattanooga at Wofford
Football Survives In Double Overtime
SPARTANBURG, S.C. – On Saturday afternoon, the Wofford College football team had a 34-yard field goal in the second overtime against Chattanooga for a 24-21 win at Gibbs Stadium. The Mocs tied the game with a touchdown and two-point conversion with 16 seconds left in regulation. Wofford scored first to open overtime and Chattanooga matched the touchdown. On the first play of the second overtime, Wofford's Devin Watson intercepted a Chattanooga pass. Luke Carter then hit a field goal for the victory.


Western Carolina at The Citadel
Catamount Football Scores Road Win at The Citadel, 31-19
Charleston, S.C. - Redshirt sophomore QB Tyrie Adams threw for three touchdowns -- two to redshirt senior WR Terryon Robinson -- and Detrez Newsome rushed for 197 yards including an 81-yard touchdown romp as Western Carolina outlasted The Citadel, 31-19, on Saturday afternoon in Southern Conference action at Johnson Hagood Stadium. WCU's defense forced five turnovers in the road win including three interceptions against the run-oriented triple-option attack of the Bulldogs -- two that thwarted would-be scoring drives for the home squad -- while adding a pair of fumble recoveries as WCU scored its first road win over the Bulldogs since 2010. Marvin Tillman came up with two interceptions to pace the Catamount defense.


Samford at Mercer
No. 15 Football Earns Key SoCon Road Win At Mercer, 20-3
MACON, Ga. – The 15th-ranked Samford football team used a strong performance on both sides of the ball to earn an impressive 20-3 Southern Conference road victory at Mercer Saturday afternoon at Five Star Stadium. "This was a big win for our team, and we needed it," Samford head coach Chris Hatcher said. "We didn't play very well last week, but we came out today, and with a lot of guys not making the trip, we had a lot of guys step up today and play very well. I'm really proud of all three phases."


VMI at ETSU
Defense, second-half surge lift Bucs past VMI, 24-6
JOHNSON CITY, Tenn. (Nov. 4, 2017) – In the first Senior Day home finale for William B. Greene, Jr. Stadium, the ETSU football team used a suffocating defensive effort and a 14-point scoring surge in the second half to race past Southern Conference foe VMI, 24-6, Saturday afternoon. Playing in front of a crowd of 7,327 fans, the Buccaneers improved to 4-5 overall and 2-4 in SoCon play. ETSU also kept alive its hopes of a winning season as the Bucs face a pair of SoCon road contests beginning next Saturday at No. 15 Samford. For the year, ETSU finished with a 4-2 record inside Greene Stadium.