WCU Player of the Game (Chattanooga) 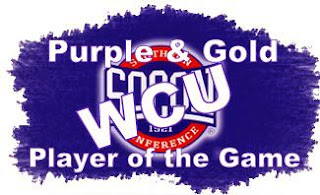 Purple & Gold congratulates Torrion on his selection of Players of the Game.