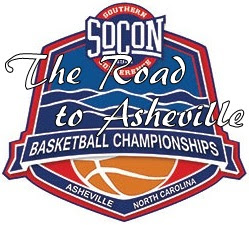 On Thursday night, we have a full slate of conference games. as all 10 teams play.

The Citadel (10-15, 3-9 SoCon)  at  Furman (15-11, 9-4 SoCon)   7 pm   ESPN3
The Bulldogs travel to Greenville, SC to meet the Paladins in Timmons Arena. The Bulldogs are coming off a three game skid, and are 3-9 in games played on the road, while the Paladins have won six of their last seven games, and are 11-1 on the court of Timmons this season.  While the Bulldogs picked up a 3 point win over the Paladins back in mid-January, don't expect a repeat, as Furman pulls down a 17 point win at home.

Samford (12-14, 3-10 SoCon)  at  ETSU (15-9, 8-3 SoCon)  7 pm  ESPN3
The other Bulldogs travel to Johnson City to visit the Bucs in Freedom Hall.  The Bulldogs are 5-8 in road games, are coming off a win at the Citadel which snapped a five game losing streak. The Bucs are 9-1 in protecting the home court and are on a two game win streak. The Bucs picked up a four point win in Birmingham, and will win by 14 on their home floor.

Mercer (18-7, 8-4 SoCon)  at  Wofford (12-13, 8-4 SoCon)    7 pm   ESPN3
The Bears travel to Spartanburg on Thursday to meet the Terriers in the Benjamin Johnson Arena. The Bears are only 4-6 in road games, and are coming off a disappointing overtime home loss to Chattanooga, which broke a four game winning streak for Mercer. The Terriers are 8-2 in the BenJo, and have won four of their last five games. It the first game between these two, Mercer pulled off a 1 point victory in Macon, but in Spartanburg, the Bears fall by 7.

UNCG (9-16, 5-7 Southern)  at  VMI (6-17, 1-11 Southern)  7 pm   ESPN3
The Spartans travel to Lexington to meet the Keydets in Cameron Hall. This is a critical game for UNCG, as they have a one-half game lead over Western Carolina for sixth place, which carries the final by for the conference tournament.  The Spartans are only 1-12 on the road this season, and are coming off a two game losing streak, while the Keydets are 5-5 at home, and are on a six game skid. The Spartans won the first meeting in Greensboro, but lose by 2 points to the Keydets.

Chattanooga (22-3, 11-1 SoCon)  at  Western Carolina (9-15, 4-7 SoCon)   7:30 pm   ESPN3
The Mocs travel to Cullowhee to meet the Catamounts in the Ramsey Center. The first place Mocs are 8-3 on the road this season, and are coming off a 9 game win streak, while the Cats are 8-2 in the Ramsey Center and coming off their first road win of the season at VMI. The Mocs won the first game between the two teams in Chattanooga by 19 points, and pick up a 5 point win in Cullowhee.