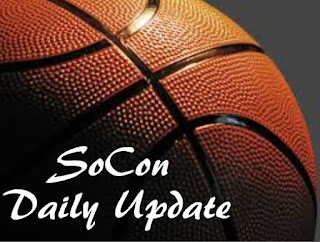 Samford at The Citadel
Wyatt Walker scored 22 points as Samford ended a six-game losing streak by beating The Citadel 95-86 Monday night. Derrick Henry led The Citadel (10-15, 3-9) with 22 points. The Citadel made 13 3-pointers.

UNCG at Furman
The Paladin's Stephen Croone scored 17 points to lead Furman to a 79-72 win over UNCG on Monday night. Furman has now won six of their last seven games. The Paladins shot 53% from the field and had 15 total assists. Kayel Locke scored 19 to lead UNCG.

VMI at Wofford
The Terrier's Fletcher Magee scored a career-best 34 points to lead Wofford to a 92-60 win over VMI on Monday night. Wofford hit 17 of their 21 attempts from beyond the arc. The Terriers have won four of its last five games and six straight against VMI. Phillip Anglade and Jordan Weethee each scored 13 for the Keydets